Punks on the Aptos blockchain.

I am the developer of Aptos and deployed this collection on the blockchain a few days after Aptos launched. And I forgot about it !

And a few months later, while working on Aptos' development, I remembered this. And my team suggested opening a mint.

Some NFTs were airdropped to the team and early Aptos users.

Mint is live now. Get your own Apots NFT ! 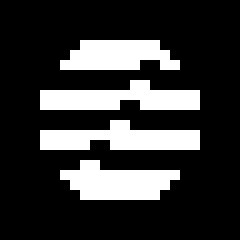 The value of this collection is that it was first deployed on the Aptos blockchain under the name of AptoPunks.

The date can be checked in the blockchain.

Other collections using AptoPunks may exist, but anything earlier than this date will never exist on the blockchain in the future.